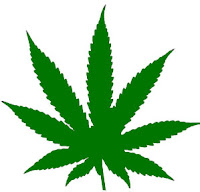 Tonight Washington voters made an emphatic vote to legalize marijuana.  With 55% of voters casting their ballot in favor of Initiative Measure #502, Washington has truly become the Evergreen State.

Voters in Colorado also approved a similar measure, joining California as the most progressive states regarding marijuana laws.  However, a lot of questions now enter the public forum:

1.  Federal Law:  Marijuana will still be illegal under federal law.  Sporadic and seemingly random federal busts in California in the past few years have left its citizens wondering where the line in the sand is that puts a marijuana marketer or producer on the federal radar.  The supreme court ruled against the state’s right to legislate medical marijuana laws … Will there be a new court battle over the recent Washington measure?  How will Washington State seek safeguards against federal crackdowns?
2.  Regulated Guidelines:  Although marijuana is now legal, the Washington measure puts in place a regulatory system that attempts to separate cultivation and marketing, or production and retailing.  Licenses would be purchased through the Liquor Control Board as the law is currently written.  Does this agency have the manpower and know-how to regulate this new industry?  The Washington State Liquor Control Board would also be set with the task of rule making and enforcement.  The law does not legalize the growing of marijuana for person consumption.  Will police now be directed to seek and arrest illegal personal grows, or does the new system allow for people to pay for the license to grow without the intent to sell to a licensed retailer?
3.  New DUI limits:  The Washington measure creates a new blood test guideline that confirms marijuana intoxication.  Many medical marijuana patients believe this limit is far too low.  Who will be the deciding legislative authority on the marijuana DUI level, and will it be studied and debated?
4.  Cost:  The new Washington measure seeks to separate the production and retailing of marijuana with a 25% tax at each step along the chain from production to purchase.  Will the new price of legal marijuana be able to compete with grey/black market marijuana?
5.  Law Enforcement:  The new law is expected to save law enforcement time and money by freeing them from enforcing petty marijuana crimes.  This premise is met in stark contrast from the very fact that the new law will only be successful if law enforcement is involved in helping with regulation.  The new Washington State measure alleviates one enforcement task, but it creates another.

In the end this is a historic vote for Washington State.  On December 6th, it will be legal for citizens to possess an ounce of marijuana.  Nobody can take that away from the citizens of the Evergreen State.  However, now begins a year long process where the state will try to adjust and finalize the rules behind the marketplace it is trying to create and regulate.  Many people thought the new measure was horribly written and wrong-headed, but it is now law.  There will be many twists and turns ahead, much like a well rolled joint.